Radek Baborák ranks among the most outstanding figures on the international music scene. He performs as a soloist with leading world orchestras and collaborates with top conductors and musicians. As a guest he regularly appears at prestigious festivals and his concerts have been recorded and broadcast by numerous radio and television stations. His vast discography includes prized recordings released by leading publishers of classical music.
Expert critics and listeners appreciate his elegant and spontaneous style, his melodious tone, and his virtuoso technique, which allows him to overcome the limits of the horn and broaden and enrich the horn repertory. He is the only performer who regularly appears in recitals with piano, harp, organ, orchestra and string quartet.
As a soloist he has performed with the Berlin Philharmonic conducted by Daniel Barenboim and Simon Rattle, and with the Munich Philharmonic under James Levine. He regularly gives concerts with Seiji Ozawa.
Chamber music forms an essential part of Baborák’s musical life. He is the artistic leader and conductor of the Czech Sinfonietta, Prague Chamber Soloists, Czech Horn Ensemble, Afflatus Quintet, and Baborák Ensemble. After eight seasons as principal horn with the Berlin Philharmonic, Baborák decided to leave the orchestra in order to focus on a solo career, as well as teaching and conducting.
Born in 1976, he started playing the horn at the age of eight, taught by Prof. Karel Křenek. This was followed by the Prague Conservatoire with Prof. Bedřich Tylšar. He is the winner of competitions in Geneva, Markneukirchen, and the ARD Munich. Baborák teaches at the Academy of Music in Prague. 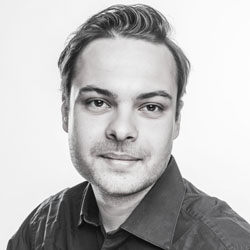 Dalibor Karvay was born on July 24, 1985 in Vrútky in Slovakia. From his childhood on, he was demonstrating a remarkable musical talent. At the age of three, he started playing the violin under the lead of his father. Already during his study at the Primary Art School in Vrútky, he made several recordings for the Slovak Radio in Bratislava. He took an extraordinary study at the Žilina Conservatory with Prof. Bohumil Urban and in 1999, he started studying at the Vienna Conservatory in the class of the world-known Prof. Boris Kuschnir. He participated also in several master courses with renowned pedagogues – Eduard Grach, Mintscho Mintschev, Herman Krebbers.
His most significant achievements include the win at the meeting of young musicians in Córdoba (1996), the Eurovision Grand Prix for Young Musician of the Year (2002), first place in the Tibor Varga competition (2003), the award of the International Tribune of Young Interprets New Talent (2005), win in the David Oistrach competition in Moscow (2008).
Remarkable was also the concert for Prince Charles of Wales in 2003 in Windsor Castle co-performed by Mstislav Rostropovič. He repeatedly accepted an invitation to the Seiji Ozawa International Academy Switzerland. In 2009, he was honoured with the award of the Minister of Culture of the Slovak Republic for excellent artistic achievements and successful international representation of the Slovak interpretation art. In 2011, Tatra Banka Foundation awarded him with the “Young Creator “ prize in the music category.
As a soloist, he cooperated with renowned conductors such as Leif Segerstam, Ion Marin, Hiroyuki Iwaki, Jaap van Zweden, Marek Janowski, Ali Rahbari, Roman Kofman, Benjamin Wallfisch, Ondre Lenárd, Oliver Dohnányi, Leoš Svárovský and others. He performed with many orchestras: Rundfunk-Symfonieorchester Berlin, English Chamber Orchestra, Camerata Salzburg, Orchestra Ensemble Kanazawa, Česká filharmonie (Czech Philharmonic), Nationaltheater-Orchester Mannheim, Radio- Symphonieorchester Wien, Wiener Kammerorchester, Het Gelders Orkest, Solistes Européens Luxembourg, Slovenská fiharmónia (Slovak Philharmonic), Symfonický orchester Slovenského rozhlasu (The Slovak Radio Symphonic Orchestra), etc.
He has been intensely dedicated also to chamber music collaborating with personalities such as - Radek Baborák, Julian Rachlin, Wenzel Fuchs, Boris Kuschnir and others.

Dalibor Karvay plays on a violin made by Viennese luthier Julia Maria Pasch. 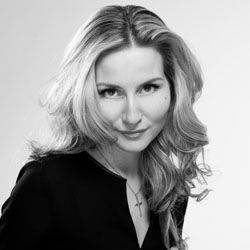 The violinist Martina Bačová - core member of the Baborak Ensemble - highly acclaimed for her ability to captivate audiences with her expressive, dynamic and passionate stage presence, is among the most sought after Czech artists of her generation. With the solo concertos at the center of her career, she has appeared at renowned international festivals such as the Prague Spring Festival, the Gustav Mahler Festival Jihlava, the Festival de Nancy, the St.Gellert Festival, the Jerusalem Festival, the Festival de la Vezere as well as the Janáček Festival. She frequently performs at prestigious venues in Germany, Spain, France, Netherlands, Hungary, Korea and the U.S. to point out just a few.
As soloist, Martina is in much demand with major Czech orchestras, including performances with Czech Radio Orchestra, Prague Symphony Orchestra, Prague Philharmonia, Janáček Philharmonic Orchestra Ostrava, Bohuslav Martinů Philharmonic, Czech Virtuosi, Janáček Camerata and collaborates with Czech Radio and Television.Her CD debut ,,Elegant provocation´´ containing virtuoso compositions by Leoš Janáček, Béla Bartók and George Enescu - recorded with the pianist Alexander Starý - was honoured as ,,Outstanding Recording´´ by the International Recording Revue.
Born into a family of musicians, Martina began her studies of music in her native Ostrava, later at the Janáček Conservatory, and at the Prague Conservatory. After graduating from the Faculty of Arts by Prof. Zdeněk Gola, she entered the Hochschule für Musik ,,Carl Maria von Weber´´ in Dresden, where she studied with Prof. Ivan Ženatý from 2008 and graduated in 2011 with the ,,Masterklasse Diplom´´.
Martina Bačová won first prizes at several competitions, i.e. at the Kocian Violin Competition, the Prague Junior Note and the Beethoven Prix 2002. She received a scholarship-grant for the Cleveland Encore School for Strings by Linda and David Cerone violin masterclass.Parallel to her solo and chamber music projects, Martina holds the concert master position with the Czech Sinfonietta, the Prague Chamber Soloists and the Summer Academy Biel. 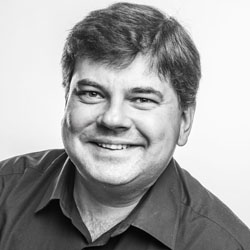 The violist Karel Untermüller become essential and stable part of Czech music world.His participation at many chamber music projects and festivals has been always received with huge enthusiasm and joy by the audiences, skilled journalists and musicians as well.
Of major significance was his collaboration with a towering figure of czech music, the world famous Josef Suk, whith whom, he recordet three CD´s featuring Antonín Dvořák´s and Josef Suk´s chamber works and gave together numerous concerts, including Prague Spring festival.
As a soloist, Karel Untermüller has performed with leading Czech orchestras – the Prague Radio Symphonic Orchestra, Suk Chamber orchestra, Pardubice Chamber orchestra, North Bohemia Philharmonic etc.
Karel is a member of Suk Chamber orchestra, in which he has headet the viola section for many years. Moreover, he is a founding member of Herold Quartet, with whom, over the 15 years of their existence, he has performed troughout Europe, Asia, U.S. and Australia at such prestigious venues as Wigmore Hall in London, Sendesaal in Frankfurt, L´Auditori in Barcelona and Palau de la Música at Valencia.
He studied at the Prague Conservatory in the class of prof. Jaroslav Ruis and at the Music Faculty of the Academy of Performing Arts with prof. Lubomír Malý and attendet master classes , led by Norbert Brainin, Sigmund Nissel, Thomas Kakuska.
On the present, Karel Untermüller teaches at the Teplice Conservatory and at the Academy of performing Arts in Prague. 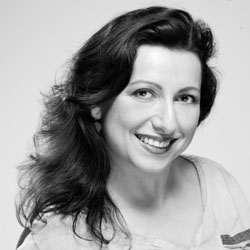 Cellist, Hana Baboráková, praised for her impresive, singing tone, and enthusiastic declaration to music, is a founding member of the Baborak Ensemble since 2001.Her passion and dedication with the chamber music has led to performances in numerous festivals including Prague Spring,White Nights in St.Petersburg, Smetana festival, Janáček festival Ostrava, Mitte Europa, Lipa Musica, Musiktage München to name a few, with members of Berlin, Munich and Czech Philharmonic orchestras. She has played in prestigious venues in the Europe, U.S., Asia such as Berliner Filharmonie, München Gesteig, Paris Opera, La Scalla Milano, Carnegie Hall, Kitara Hall, Suntory Hall.
Throughout her career, she has collaborated with maestro Daniel Barenboim as a solo cellist with the West-East Divan Orchestra, and as a member of the Munich State Opera under the baton of maestro Zubin Mehta and Wolfgang Sawalisch. Since 2010 she become principal cellist of Czech Sinfonietta and Prague chamber soloist as well.
As a recording artists, she has noumerous recordings with Baborak Ensemble for the recording companies Suprafon, Exton, Animal records, also cooperate with Czech Television and Czech Radio.
Ms.Baboráková was awarded ,,Gideon Klein Prize´´ in the 2000 Prague Spring competition.
Her own educational journey began in Prague with prof. Mirko Škampa at the age 10. Later, she continued her studies at the Prague Conservatory with prof.František Pišinger and at the HAMU with prof.Miroslav Petráš.In 1997 Ms.Baboráková was accepted to the Hochschule für Musik München as a student of renowned prof. Walther Nothas.She receive her Masters Degree - Meisterclasse Diplome in 2001.
Hana Baboráková was born in Prague into a musical family.Both parents are respected pedagogues.Interest in educating the new generations of musician, has led her to teaching on Music school Prague. 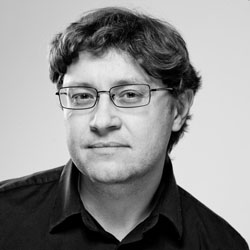 He is playing the piano since he was three years old when his extraordinary talent found an excellent teacher Professor Zdena Janžurová. Along with the piano began studying violin. Thanks to the art of playing the piano while the violin was chosen to play a little Mozart in the Oscar-winning movie "Amadeus" director Milos Forman. Playing both instruments devoted to its adoption at the Prague Conservatory, where he decided only to study piano. He was accepted into the class of Professor Eva Boguniová.
Throughout the studies also attended the class of Professor Martin Bally. He continued at the Music Faculty of the Academy of Performing Arts in Prague by Associate Professor Miroslav Langer. He completed his studies in 1999 as the most successful student.
In 2006, he was released a solo CD by Multisonic the support of Czech Music Foundation parts J.Brahms, D. Scarlatti, M. Moszkovského. For contemporary Boston composer Joseph Summer in the USA recorded three CDs issued by Albany Records recording company and Navona Records. In 2013 he recorded with violinist Josef Spacek CD for Supraphon. He regularly cooperates with Czech Radio. For the second time performed as a soloist with the Symphony Orchestra led by conductor Jiri Kout. He regularly works with the mezzo-soprano Dagmar Pecková, or hornist Radek Baborák.